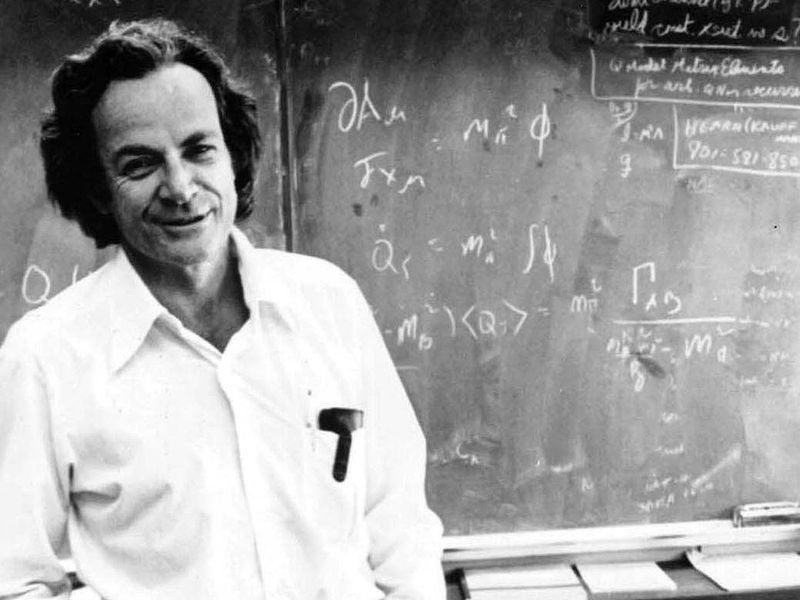 After his second year of graduate school at Princeton, Richard Feynman faced his oral examinations.

Feynman was not yet the famous physicist he would soon become (as his biographer James Gleick put it, “His Feynman aura…was still strictly local”), so he took his preparation seriously.

Feynman drove up to MIT, a campus familiar from his undergraduate years, and a place “where he could be alone.” It’s what he did next that I find interesting.

[He] opened a fresh notebook. On the title page he wrote: NOTEBOOK OF THINGS I DON’T KNOW ABOUT. For the first but not last time he reorganized his knowledge. He worked for weeks at disassembling each branch of physics, oiling the parts, and putting them back together, looking all the while for the raw edges and inconsistencies. He tried to find the essential kernels of each subject.

I might not have worked with any future Feynmans during my time at MIT, but I certainly had the privilege to watch the ascent of at least two or three future stars in the world of science. And one thing they all seemed to share with Feynman was his hunger to understand what he didn’t know.

If someone published something good, they wanted to understand it. If this good thing used some mathematical technique they didn’t know, they’d drop off the radar until they learned it. If you published an interesting result, they’d soon learn every detail and be able to replicate it easier than you could manage.

Their proverbial notebooks of things they don’t know were always growing, and as a result, they thrived.

Dedicating a notebook to a new learning task, however, can provide concrete cues that help you stick with this hard process.

At first, the notebook pages are empty, but as they fill with careful notes, your knowledge also grows. The drive to fill more pages keeps your motivation stoked.

It’s a simple idea: translate your growing knowledge of something hard into a concrete form and you’re more likely to keep investing the mental energy needed to keep learning. But sometimes a simple idea is all it takes to unlock a new level of potential.

“When [Feynman] was done,” Gleick reports, “he had a notebook of which he was especially proud.”