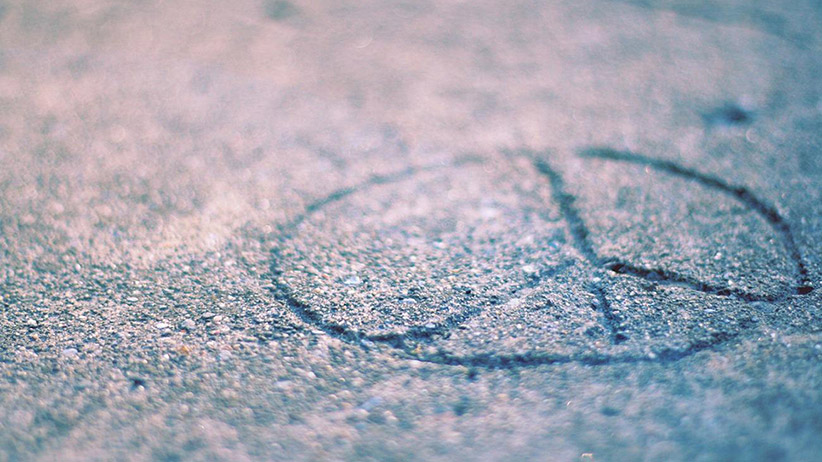 No one ever said it was easy being an entrepreneur. Whether you’re in the early stages of your statrup, just secured funding for your startup or you are ready for product launch, there will always be those three components when you ask yourself if this whole entrepreneur thing is worth it. Instead of giving up and throwing-in the proverbial white towel, keep your head up and look to the following 50 quotes to inspire and motivate you during those tough patches.

1. “The critical ingredient is getting off your butt and doing something. It’s as simple as that. A lot of people have ideas, but there are few who decide to do something about them now. Not tomorrow. Not next week. But today. The true entrepreneur is a doer, not a dreamer.” –Nolan Bushnell, entrepreneur.

3. “To any entrepreneur: if you want to do it, do it now. If you don’t, you’re going to regret it.” – Catherine Cook, co-founder of MyYearbook.

5. “I’ve missed more than 9,000 shots in my career. I’ve lost almost 300 games. 26 times I’ve been trusted to take the game’s winning shot and missed. I’ve failed over and over and over again in my life and that’s why I succeed.” – Michael Jordan, NBA Hall of Famer.

6. “There’s nothing wrong with staying small. You can do big things with a small team.” – Jason Fried, founder of 37signal.

8. “If you just work on stuff that you like and you’re passionate about, you don’t have to have a master plan with how things will play out.” – Mark Zuckerberg, founder of Facebook.

9. “The best time to plant a tree was 20 years ago. The second best time is now.” – Chinese proverb.

11. “There’s lots of bad reasons to start a company. But there’s only one good, legitimate reason, and I think you know what it is: it’s to change the world.” – Phil Libin, CEO of Evernote.

12. “The secret to successful hiring is this: look for the people who want to change the world.” – Marc Benioff, CEO of Salesforce.

13. “The price of success is hard work, dedication to the job at hand, and the determination that whether we win or lose, we have applied the best of ourselves to the task at hand.” – Vince Lombardi, head coach of the Green Bay Packers (1959-1967).

14. “When everything seems to be going against you, remember that the airplane takes off against the wind, not with it.” Henry Ford, founder of Ford Motor Company.

15. “If you’re not a risk taker, you should get the hell out of business.” – Ray Kroc, founder of McDonald’s.

16. “Watch, listen, and learn. You can’t know it all yourself. Anyone who thinks they do is destined for mediocrity.” – Donald Trump, chairman of The Trump Organization, the Trump Plaza Associates, LLC.

18. “Twenty years from now, you will be more disappointed by the things that you didn’t do than by the ones you did do, so throw off the bowlines, sail away from safe harbor, catch the trade winds in your sails. Explore, Dream, Discover.” Mark Twain, author.

19. “You shouldn’t focus on why you can’t do something, which is what most people do. You should focus on why perhaps you can, and be one of the exceptions.” – Steve Case, co-founder of AOL.

20. “A person who never made a mistake never tried anything new.” – Albert Einstein, physicist.

22. “I’m convinced that about half of what separates the successful entrepreneurs from the non-successful ones is pure perseverance.” – Steve Jobs, co-founder and CEO of Apple.

23. “Be undeniably good. No marketing effort or social media buzzword can be a substitute for that.” – Anthony Volodkin, founder of HypeMachine..

23. “The way to get started is to quit talking and begin doing.” – Walt Disney, co-founder of the Walt Disney Company.

25. “Do not be embarrassed by your failures, learn from them and start again.” – Richard Branson, founder of the Virgin Group.

26. “It’s almost always harder to raise capital than you thought it would be, and it always takes longer. So plan for that.” – Richard Harroch, Venture Capitalist.

27. “If you don’t know what to do with your life, do something that saves lives. The world is full of of people in need, be the part of their life that fills that need.” – Sanjeev Saxena.

29. “I hate how many people think, “glass half-empty” when their glass is really four-fifths full. I’m grateful when I have one drop in the glass because I know exactly what to do with it.” – Gary Vaynerchuk, co-founder and CEO of VaynerMedia.

31. “For all of the most important things, the timing always sucks. Waiting for a good time to quit your job? The stars will never align and the traffic lights of life will never all be green at the same time. The universe doesn’t conspire against you, but it doesn’t go out of its way to line up the pins either. Conditions are never perfect. “Someday” is a disease that will take your dreams to the grave with you. Pro and con lists are just as bad. If it’s important to you and you want to do it “eventually,” just do it and correct course along the way.”- Timothy Ferriss, author of The 4-Hour Work Week.

33. “We are currently not planning on conquering the world.” – Sergey Brin, co-founder of Google.

34. “Timing, perseverance, and ten years of trying will eventually make you look like an overnight success.” – Biz Stone, co-founder of Twitter.

35. “You may be disappointed if you fail, but you are doomed if you don’t try.” Beverly Sills, opera singer.

36. “The media wants overnight successes (so they have someone to tear down). Ignore them. Ignore the early adopter critics that never have enough to play with. Ignore your investors that want proven tactics and predictable instant results. Listen instead to your real customers, to your vision and make something for the long haul. Because that’s how long it’s going to take, guys. – Seth Godin, author, entrepreneur, marketer, and public speaker.

37. “When you cease to dream you cease to live” – Malcolm Forbes, chairman and editor in chief of Forbes Magazine.

38. “Don’t worry about funding if you don’t need it. Today it’s cheaper to start a business than ever.”- Noah Everett, founder Twitpic.

39. “If you can’t fly then run, if you can’t run then walk, if you can’t walk then crawl, but whatever you do you have to keep moving forward.” – Martin Luther King, Jr., pastor, activist, humanitarian and Civil Rights leader.

40. “Your most unhappy customers are your greatest source of learning.” – Bill Gates, co-founder of Microsoft.

42. “Entrepreneurship is neither a science nor an art. It is a practice.” – Peter Drucker, management consultant, educator, and author.

43. “In the modern world of business, it is useless to be a creative, original thinker unless you can also sell what you create.” – David Ogilvy, co-founder of Ogilvy & Mather.

44. “It doesn’t matter how many times you fail. It doesn’t matter how many times you almost get it right. No one is going to know or care about your failures, and neither should you. All you have to do is learn from them and those around you because all that matters in business is that you get it right once. Then everyone can tell you how lucky you are.” – Mark Cuban, Chairman of AXS TV, Owner of Landmark Theaters.

45. “Success is how high you bounce after you hit bottom.” – General George Patton.

46. “If you’re not embarrassed by the first version of your product, you’ve launched too late.” – Reid Hoffman, co-founder of LinkedIn.

50. Whatever the mind can conceive and believe, the mind can achieve. – Dr. Napoleon Hill, author of Think and Grow Rich.

Bonus: You can say anything to anyone, but how you say it will determine how they will react – John Rampton, entrepreneur and investor.

Use a few of these quotes for a mantra, carry a hard copy of this list in your pocket, but remember, you have to find inspiration where you can and be the inspiration for yourself.