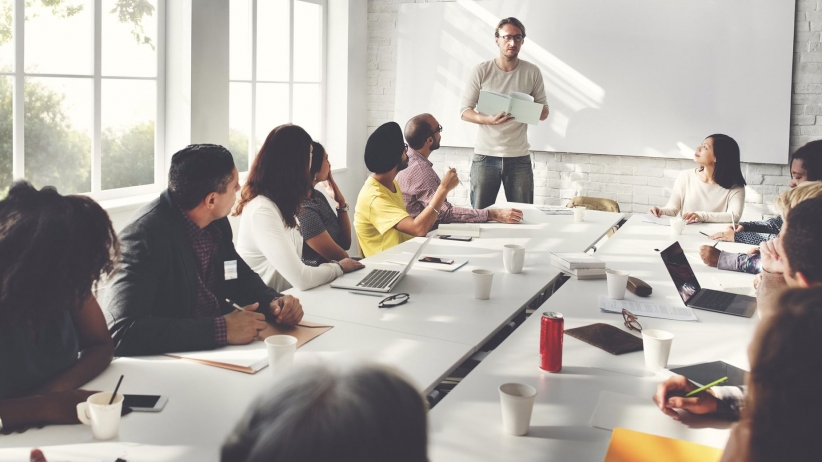 We know that the human brain is hard-wired to a “fight or flight” response when a person believes danger lies ahead. Yet, when it comes to leaders, I often observe a third response — “freeze” — which frankly is worse than the two other reactions.

Indeed, leaders often freeze in fear because they think that over time the situation will resolve itself. Yet, as former Secretary of State Colin Powell once said, “Bad news isn’t wine. It doesn’t improve with age.”

The great leaders I have had the honor to work with have taken their various fears and turned them into confidence. They’ve done this by thinking about those fears in a different way and ultimately rewiring their brains. The result? They’ve found that they no longer freeze in fear but instead confidently approach and overcome their fears, bringing themselves greater leadership success.
How do you rewire your brain from fear to confidence?
The first step is to list your fears — and, mind you, everyone has at least one. Common fears in the business world include: failure, lack of control, change, success, embarrassment and the unknown. My own top fears are being wrong (a.k.a. making mistakes) and not being liked. There, I said it. Can you name yours?

The next step is to create a method of thinking about your fear in a different way. As an example, take my fear of making mistakes. Years ago I started to think about mistakes in a different way. I realized that mistakes were an opportunity to learn and develop, both personally and professionally. This was a more positive way of viewing mistakes than simply rehashing them.

Now, when I make a mistake, I analyze what I’ve learned and how I can avoid the mistake in the future. In this way, shifting my attitude about mistakes has helped me become more productive and effective.

Let me give an example: While working with a technical consulting company to the Food and Drug Administration, I learned that making mistakes with the FDA was a job-limiting move. Consequently, many of the company’s leaders feared making any mistake, no matter how small. This fear began to impact the company’s ability to make decisions in an environment of rapid change.

So, I worked with the managers to get them to think about mistakes differently. Granted, there were mistakes that needed to be avoided, but there were also many that could be looked at as an opportunity to learn and improve.

Once these managers started to embrace mistakes rather than be frozen in fear of making mistakes, decisions were quicker and innovation increased. Suddenly, people were willing to try new processes and techniques that in the past would have required a miracle.

My own fear of not being “liked” was holding me back from having uncomfortable conversations and making difficult decisions. So, I invested time revisiting this fear and I realized that it was unrealistic to think that everyone was going to like me, because I didn’t “like” everyone I met.

In addition I was realistic enough not to expect other people to make changes that would change my feelings about them. I needed to start thinking about this fear in another way. So, I flipped my thinking to a more positive spin: The conversations I was avoiding would be helpful to employees in the long run [I told myself]. The longer I delay conversations, the more I’ll show that I don’t care about the success of my employees.

When I started working with Jim, a director of a sales and customer service, he had the classic profile of a people pleaser; his fear was actually similar to mine. However, there was a difference between Jim and me because his fear prompted behaviors impacting his entire team. In his search to be liked by everyone, he was over-accommodating to those who knew how to “play” him.

When someone needed help, for example, Jim immediately threw out a net to “save” the employee. And this soon gave him a reputation for playing favorites within his team. What resulted was that Jim’s actions actually made him less liked by his employees.

Yet, once Jim became aware of the negative impact it was having on his team, he was motivated to create a new mindset around his fear. He determined that it was okay not to respond immediately to an employee in need. And once he had acceded to this new belief, he implemented a new policy of requiring 24 hours of reflection time before responding to an employee request.

This delay then allowed him to pause and make a more informed, well-thought-out decision.

Such changes aren’t easy. Jim, for instance, needed six months of coaching and hard work to build a new set of beliefs and behaviors.

Related: Make Friends With Your Fear, and It Will Do Great Things for You

But if you too are trying to manage your fears, and one of them is the fear of failure, remember that Harry Potter author J.K. Rowling once said: “It is impossible to live without failing at something, unless you live so cautiously that you might as well not have lived at all, in which case you have failed by default.”