Scientists just detected gravitational waves for the first time ever

By No Name Contributor March 1, 2016 Technology & Telecommunication No Comments
2 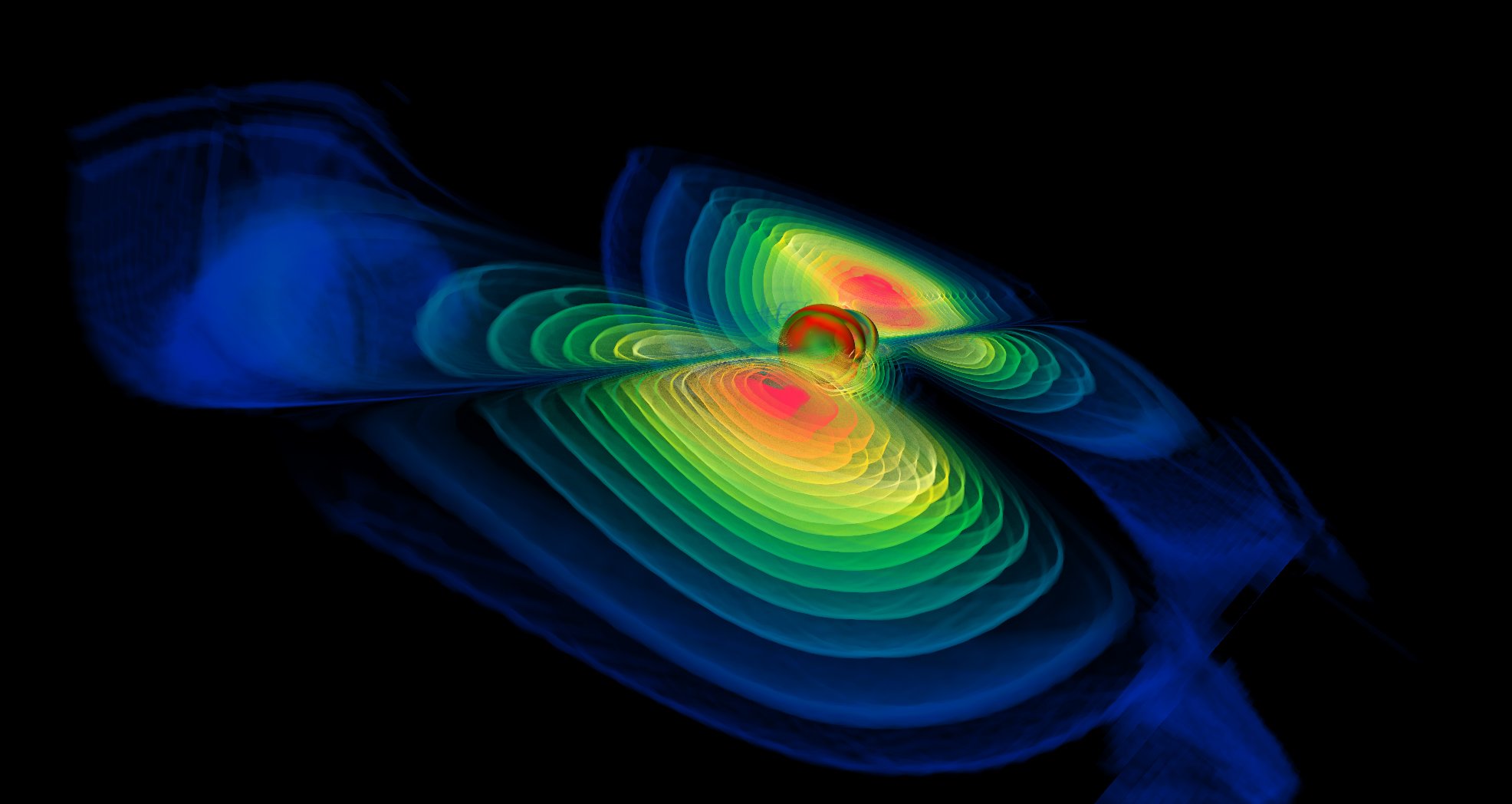 A “revolutionary” new era in science has just begun with a violent event deep in space.

Today researchers announced that they have detected ripples in the fabric of space called gravitational waves. It’s a groundbreaking discovery that has eluded Earth’s brightest minds and most sensitive machines for decades.

Albert Einstein predicted the existence of gravitational waves 100 years ago, but he thought them far too feeble to detect as they undulated across the universe.

The news was announced February 11 by members of the Laser Interferometer Gravitational-Wave Observatory (LIGO), a 15-nation, 900-scientist, $1 billion experiment that has searched for signs of the phenomenon since 2002.

“Finally these waves have been detected on Earth with an unbelievably sensitive experiment. And, surprisingly, the source of the waves is a system of two black holes in orbit around each other, that spiral inward and smash together,” Cornell physics and astrophysics professorSaul Teukolsky confirmed in a statement emailed to Tech Insider.

The waves the researchers detected were created by two black holes colliding and merging to form a single black hole 1.3 billion years ago. When the two black holes merged, they released the energy of three suns.

Physicist Szabi Marka, a LIGO collaborator based at Columbia University, told Tech Insider before the announcement that detecting the waves “would revolutionize physics” and chart out “the last undiscovered territory of Einstein.”

And a collision of two black holes is a cataclysmic event we could only dream of observing until now.

There are many other uses of gravitational waves, now all squarely within the realm of possibility, and Marka says the coming era of research that’s barreling toward us is going to be “spectacular.”

“We’ll open new doors which can never be closed again,” he said.

The discovery not only vindicates Einstein’s wildest prediction and gives astronomers a powerful new tool to probe the cosmos — from deep inside exploding stars to the surfaces of black holes — but also backs up a $1 billion idea and tells us we’re on the right track to understanding how the universe works.

Space is pervaded by, well, space. It’s an invisible fabric that can stretch and shrink and warp and curve in multiple dimensions, even time — hence the official name spacetime.

Anything with mass warps the fabric, including you. Yet the denser and more massive an object, the greater the distortion.

Dense objects that move really, really fast can radically distort spacetime, some with enough energy to trigger ripples like a speedboat accelerating across a placid lake.

This description of gravitational waves was pure conjecture, though, until 1974. That’s when astronomers Russell Hulse and Joseph Taylor stumbled upon the deep-space equivalent of two speedboats spiraling into each other.

Both objects were neutron stars — ultra-dense dead stars that formed during a supernova. (The star collapses but is not big enough to form a black hole). One of the neutron stars was spinning fast enough to emit radio pulses as a pulsar, which is how they found the star system to begin with.

Hulse and Taylor soon discovered the neutron stars were rapidly orbiting one another.

Surprisingly, over the years they noticed the pulsar’s orbit was hastening, bit by bit, and deduced the stars would spiral into each other and collide in about 300 million years.

“That orbital energy had to be going somewhere,” physicist Imre Bartos, also at Columbia University and LIGO, told Tech Insider. By disturbing spacetime so much during their deadly cosmic dance, he said, the stars had to bleed off the energy as gravitational waves.

Hulse and Taylor proved this by showing the energy loss matched up perfectly with Einstein’s predictions.

The astronomers won a 1993 Nobel Prize for their groundbreaking discovery of the bizarre object, now called the Hulse-Taylor Pulsar, and its role in indirectly showing gravitational waves exist.

Still, they did not actually detect the waves themselves.

How we detected gravitational waves — and why it took so long

LIGO is an experiment that uses two L-shaped gravitational wave detectors: One is in Lousiana, and another is located thousands of miles away in Washington state.

These massive detectors use a clever trick to pick up on these ripples that would be otherwise impossible to notice.

Each arm of the L extends for 2.5 miles. A laser beam is split at the bend in the L and travels down each arm to bounce off several mirrors. The mirrors lengthen and then recombine the laser at a detector. Without a gravitational wave, the laser beams cancel each other out perfectly, so no light is picked up by the detector.

But when a gravitational wave hits the detector, sort of like a pool of oil on the surface of a rippling lake, one arm will shrink and the other will stretch. Then, as the wave finishes passing by, the arms will bounce back to normal. This shape-shifting is absolutely imperceptible to the human eye, but it means the laser beams will no longer line up perfectly, and the detector will pick up a flash of light: the long-sought sign of a gravitational wave. And if the very same disturbance is recorded at both detectors, thousands of miles away, researchers can deduce that it came from space.

Makra compared the detectors to a pair of giant ears that can “hear” the spacetime ripples that result from neutron star collisions, black hole mergers, or other catastrophic events in space, like a giant exploding star.

The closer a collision is to Earth, the “louder” the signal should be.

LIGO’s hearing — when the laser beam is disturbed — is sensitive enough to detect mind-blowingly small disturbances of space, “much smaller than the size of the atoms the detector is built of,” he said.

Put another way, detecting a gravitational wave is like noticing the Milky Way — which is about 100,000 light-years wide — has stretched or shrunk by the width of a pencil eraser.

“Gravity is a horribly weak force, which makes our lives much harder,” Bartos said. “But one thing that works to our advantage is that the signal decays much [more slowly] than light. Gravitational waves fade as you go farther but not as quickly.”

So it’s no wonder why it has taken researchers so long to find gravitational waves: it’s terribly tricky work. Even car traffic on a road miles away can disturb LIGO, despite the instruments’ state-of-the-art vibration-dampening equipment.

Why the future of astronomy looks amazing

NASAIllustration of a star exploding as a supernova.

One killer application of gravitational waves is to reveal supernovas — huge, exploding stars that seed the universe with elements like carbon, nitrogen, and oxygen as well as platinum and gold — hours before they’re visible to any telescope.

“Gravitational waves arrive at Earth long before any light does,” Bartos said. “When a massive star’s core collapses, starting the supernova to form a black hole, the surface doesn’t know the core has collapsed for a while.”

The reason, he said, is that the star gets in the way of itself. “All of this stuff tries to come out, including light, but it bumps into the star’s matter and gets stuck until the whole star collapses. But gravitational waves can pass right through.”

So if a gravitational wave’s source lights up some detectors, it might be from a supernova — giving astronomers plenty of notice to point telescopes like Hubble in that direction, hit record, and get an unprecedented look at processes that are the reason Earth and life exist at all.

NASAEta Carinae, a star that went supernova around 1837.

Bartos says the other advantage is that gravitational waves can reveal what’s going on inside a dying star.

“It’s not just about catching a supernova. You can only scratch the surface of them with telescopes,” he said. “In order to have a better picture of the process, you need to see it at the heart, where a black hole is being born.”

“Right now the only tools to explore what happens inside are computer models,” he added.

Yet another way gravitational waves will help astronomers understand the universe is in measuring the frequency of major cosmic phenomena.

Supernovas in the Milky Way, which LIGO might detect, are thought to occur two or three times every 100 years. And until now, we had no idea how frequently events like black hole or neutron star mergers might occur and trigger detectable events. It seems they are rare, but not too rare for us to detect.

And those events are critically important to understand, since they shape star systems and galaxies.

“LIGO will be three times more sensitive in three years, and we roughly expect to see 10s of events per year,” Bartos said.

That sensitivity could get even higher soon. LIGO wants to build a third instrument, but in the meantime it will get help from Europe’s new VIRGO detector (opening in late 2016) and Japan’s KAGRA facility (going online in 2017).

“The more [detectors] you have, the better your sensitivity, and the more stuff you will see,” Bartos said. “It becomes easier to weed out the things that happen here on Earth, like traffic and earthquakes” and find and pinpoint a signal.

The future for gravitational-wave astronomy is looking very bright, and the top researchers behind LIGO — possibly Kip Thorne and Ronald Drever of Caltech, and Rainer Weiss of MIT — are almost certainly going to get a call from Stockholm sometime soon.

“[Y]ou have 90% odds that it will win the Nobel Prize in Physics this year,” Cliff Burgess, a physicist at McMaster University and the Perimeter Institute for Theoretical Physics, told Science Magazine. “It’s off-the-scale huge.”