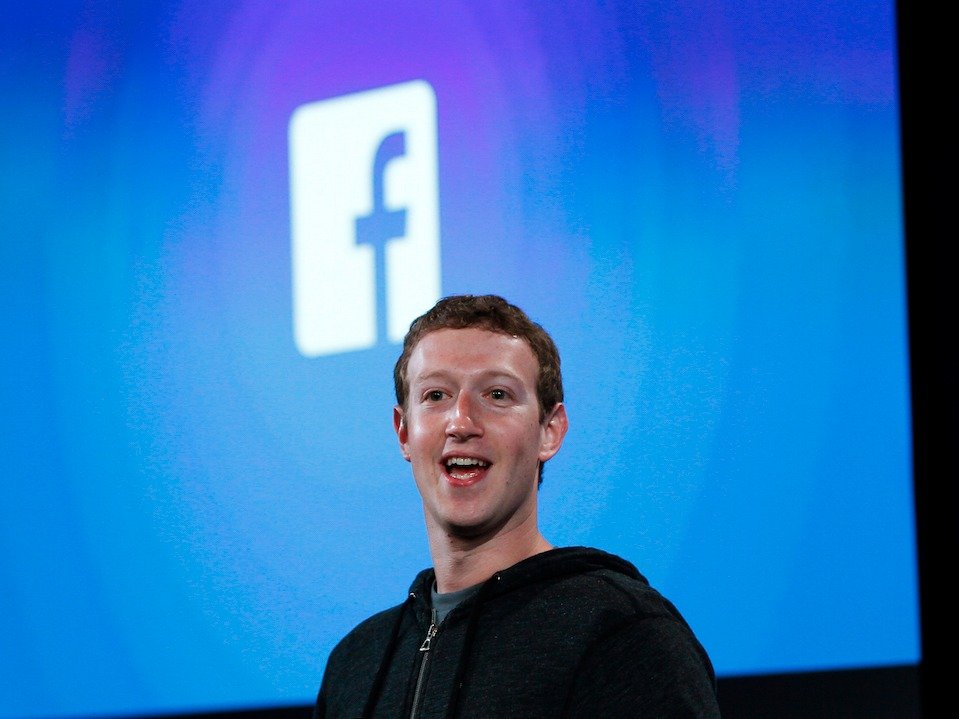 Last quarter, 80% of company’s $5.63 billion in ad revenue came from injecting a wide variety of different ad types amid the vacation pics, BuzzFeed quizzes, and political rants you see on your smartphone News Feed.But the ads that Facebook makes money from don’t just appear on Facebook (or Instagram, and perhaps, soon, its Messenger chat app).

The social network also feeds ads to a bunch of other apps and mobile websites through what it calls the “Facebook Audience Network.”

“FAN” lets brands extend their Facebook ad campaigns off of Facebook, using the same targeting data as they useon it.

For advertisers, this means more available ad units and lower costs. For app and mobile web publishers, it means a Facebook-powered way to make money. For users, it means that the kind of ads you see on Facebook follow you around the web.

Meanwhile, Facebook gets another revenue stream outside of its owned properties with a huge opportunity for growth. Instead of pumping your News Feed full of more ads, it can place them on a bunch of different apps and mobile websites. For example, Facebook-powered ads show up in Shazam, The Huffington Post, and the Kardashian games (Kim’s and Kendall and Kylie’s).

And it’s a big threat to Google, which has long been the dominant player.

Although Google’s Display Network still trumps FAN (which announced a $1 billion revenue run rate in Q4, versus Google’s $4.14 billion network-sites revenue during the same time), Facebook calls the Audience Network the second-biggest mobile-ad network and the biggest native-ad network out there.

And it launched less than two years ago.

Business Insider talked to several members of the early team as well as advertising exec Brian Boland to find out what that really means, how the network got to where it is now, and its ambitions for the future.

When Facebook ad exec Brian Boland talks about the Audience Network, he describes it as both inevitable and like God’s gift to advertisers.

“For years, people externally would ask, ‘Why aren’t you doing an ad network?'” he says. “We knew deep down that it was a good, important thing, but we really needed to figure out how to do it in a way that would bring what we did well to the rest of the internet.”

Back at the end of 2013, Facebook was just starting to hit the tipping point where it made more of its ad revenue from mobile instead of desktop.

So late that summer, Facebook started to get the ball rolling.

“There was this tight team — a bunch of oddballs from across the company — and we just started building,” FAN product manager Sriram Krishnan tells Business Insider.

“It was a really grassroots thing,” adds founding product-marketing manager Brett Vogel. “It was a few of us from very different parts of the company. It wasn’t a top-down thing from Zuck, it was just this small group of us coming together and running with an idea.”

That idea was go all mobile, use Facebook’s targeting data, and put an emphasis on “native,” which just means making ads that blend in with organic content — like the sponsored posts you see on the Facebook app

“Can you imagine a world where you see a banner ad on top of your Facebook app’s News Feed? It would seem insane to do that,” a product marketing manager, Evan Piwowarski, says. “Publishers didn’t have the option to not have that before Audience Network, and now they do.”

The team started talking seriously with advertisers and partners that winter and actually building the product in early 2014. A tiny team of engineers, led by Tanya Chen, hustled like crazy to create something that they could start testing in the wild.

Krishnan recalls some of the team’s important milestones through quotes he posted in email blasts. He sent out “Game’s the same. Just got more fierce” from the TV show “The Wire” when Facebook officially announced Audience Network at its developers conference, F8, after several months of early testing.

“There’s no secret ingredient,” he wrote, quoting Disney’s Kung Fu Panda, as the team celebrated FAN’s strong growth. And most recently: “I’m not throwing away my shot,” from the hit musical “Hamilton” when Facebook opened Audience Network up to the mobile web.

“One of the themes of ‘Hamilton’ is being an outsider and coming in and seizing an opportunity to make a difference,” Krishnan said. That’s what he feels FAN is doing.

The move to mobile web puts FAN in more direct competition with Google’s AdSense and hugely broadens its potential number of publishers. (There are 3.5 times more sites than mobile apps, according to Boland.)

All told, 80% of the network’s ads are native, which draw seven times greater cost-per-impression and 20% to 40% higher revenue per user than its banner ads. Apps can sells fewer ads, but make more money off each one, since they’re highly targeted.

Facebook now has publishers of all sizes using Audience Network, collectively accounting for 6% of all time spent in mobile apps. (If that doesn’t sound like much, consider that Snapchat and Twitter combined account for ~3%, according to Comscore).

As the network has grown, there have been a lot of important but “tough” tweaks along the way, Vogel says. Like narrowing the amount of clickable area on its ads after studying heat maps, for example.

Facebook knew that accidental clicks weren’t good for advertisers, so it tried to reduce them. At first publishers revolted at the lower click-through rates they were seeing, so Facebook had to convince them that they would make more money when they actually provided real value to brands.

“So many publishers are used to thinking in terms of clicks, and we’re shifting that conversation towards business results,” Krishnan says.

Similarly, Facebook launched the “Advertiser Outcome Score” in October to help publishers figure out how to make their ads more impactful. Facebook shows publishers how their inventory is performing as calculated by a combination of ROI-focused metrics. Publishers can look at their scores and then tweak their ad locations accordingly.

Although only publishers see their scores, advertisers pay more for placements that drive results, which means that if a publisher has a good score, they will likely make more money.

Good scores also mean that the experience is better for users. Boland describes it as a virtuous cycle.

“What we’re doing in the ad space is something that I feel really proud because we’re actually making things better for people and for businesses,” Boland says. “Most of [the ad-network space] is finding out how to funnel money through and take money off the top. But we’re actually changing the way the industry works to be around value.”

Xinhua Liu, chief marketing officer of Cheetah Mobile, one of Facebook’s early testers for the Audience Network, tells Business Insider that his company pays a lot of attention to the Outcome Score.

But he does wish that Facebook would give even more detail on how ads can get better and reward publishers that drive higher-quality traffic.

The Audience Network team says it plans to take its time expanding the product, but that it expects to eventually offer more ad formats and platforms.

Brian Wieser from Pivotal Research Group says that even though he doesn’t get the sense that FAN is terribly big yet, it doesn’t matter. The potential is there, and Facebook’s planning ahead for its future.

“They’re not running out of their own inventory and they don’t have a reach problem yet, but Facebook’s positioning itself for the day when it’s just them and Google,” he says. “And that’s a good thing for them. It’s a tremendous opportunity.”