By No Name Contributor February 29, 2016 News, Technology & Telecommunication No Comments
2 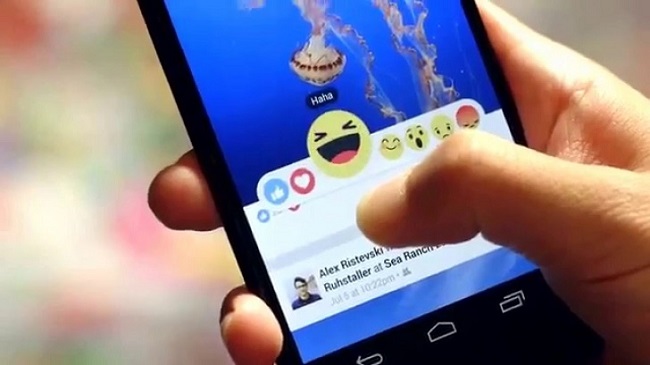 As usual, Facebook’s newest so-called ‘enhancement’ — the emoji reaction buttons meant to be alternatives to the much-maligned ‘like’ option — come with a rather important catch: social engineering. “Facebook confirmed to Mic that it will use data gathered when you use the new emojis to alter your News Feed and learn more about what you like […] Do you prefer Bernie Sanders to Donald Trump, or fashion to green living? […] Facebook knows this about you, and it will use the information to tailor your News Feed to things Facebook thinks you want to see,” reported Mic.

Though Facebook often disputes suspicions its updates are psycho-social experiments, the platform’s notorious 2014 study, published in the Proceedings of the National Academy of Sciences, proved users can’t be confident they aren’t. Facebook users became unwitting social media lab rats when data scientists manipulated the news feeds of some 700,000 people to study emotional contagion. The newest emojis, in that context, might immediately stoke suspicion Facebook is up to the same tiresome, creepy tricks.

“If Facebook’s goal is to change your behavior,” Mic continued, “they need to know your psychological response to photos and videos the same way the tobacco industry needs to people’s brain chemistry when choosing additives in cigarettes. For Facebook to compete with Snapchat and Twitter, it needs to water their algorithms with something better, and your emotions are a superfood.”

Considering the average attention span is now literally less than that of a goldfish, and Facebook is, after all, a business, optimists might say tailoring news feeds to users’ reactions isn’t ultimately so detrimental. Unfortunately, with over 1.28 billion users worldwide, Facebook’s platform offers convenient mechanisms to share vital information, which might otherwise remain obscured.

In other words, Facebook, itself, isn’t the only interest at stake. Artists, independent media, small business owners, nonprofits, and an untold number of others rely on the social media giant’s diversity of active accounts to reach people who might not visit a traditional, stand-alone website.

Pessimists could argue that, social engineering or not, the user agreements account-holders ‘signed’ to join Facebook mean Mark Zuckerberg has free rein to indulge his every whim. Like the new Facebook emojis, other social media platforms perform similarly aggravating so-called improvements all the time — Twitter’s switch from ‘favorites’ to ‘likes’ immediately comes to mind.

Though Mic reported it had received clarification stating Facebook’s new emojis still ‘count’ in news feed algorithms as ‘likes,’ that could “change in the future.”

This time, instead of becoming a begrudging and resentful guinea pig, it’s simple to opt out of quasi-Orwellian Facebook social engineering; don’t “love,” “haha,” “wow,” “sad,” or “angry” any posts. Just stick to the boring “like” — until Facebook manages to implement what most people wanted all along: a “dislike” option.