The Yakuza Are Running Japan’s Hollywood 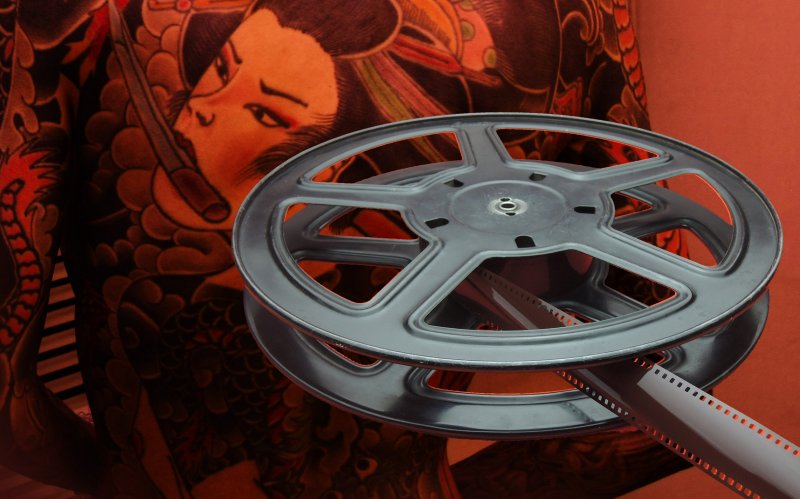 The Japanese mob has been trying to dominate Japan’s talent agencies for years. Now one yakuza has stepped forward to tell the story.

TOKYO — Japan’s entertainment industry is infested with organized crime and despite crackdowns on “yakuza Hollywood” nothing much seems to change. For example, last month 10 comedians from the colossal Yoshimoto Kogyo talent agency were caught up (innocently, they said) in a yakuza insurance fraud scheme involving, ahem, free massages. The scam reportedly netted over a million dollars. Who will be prosecuted remains murky. And that’s business as usual.

What is unusual is for a yakuza boss to break the code of silence and discuss how the talent agency he worked for intimidated its stars and the media, even using other yakuza to get the job done.

As reported in The Daily Beast previously, when the first Japanese woman to win the Miss International title in over five decades, Ikumi Yoshimatsu, refused to go to work for any mafia-connected talent agency, she found out that standing up for the right thing is a sure way to get knocked off your throne and be ostracized from the Japanese entertainment world.

The reign of the talent agencies is severe and oppressive—only recently did a Japanese court rule that it was unacceptable for an agency to forbid a female idol to have a boyfriend. Her agency had even sued her for daring to have a personal life.

In the Yoshimatsu case, in December 2013 she and her lawyer held a press conference at the Foreign Correspondent’s Club of Japan to explain the sequence of events that led to her filing criminal charges and a restraining order against one of Japan’s most powerful talent agency executives.

Her alleged stalker was Genichi Taniguchi, also known as Motokazu, the president of Pearl Dash and an executive at K-Dash, one of Japan’s biggest talent agencies, which ranks among its luminaries Ken Watanabe of The Last Samurai and Inception.

According to the beauty queen Yoshimatsu and her lawyer, who have substantial documentation, including video and audio evidence, her problems began before she was crowned Miss International in October 2012, while still being handled by a smaller talent agency.

In the spring of 2012, a former fight promoter and yakuza associate showed up at the management company she was working with. She was taken by car to the office of Burning Productions, the most powerful talent agency in Japan. She was introduced toIkuo Suho, often called “the Don of the Japanese entertainment industry.” She was told she should work for him or one of his associates.

According to police and underworld sources, Suho began his career as a driver for a senator and former member of the Inagawa-kai crime group. Suho, created Burning Productions, and locked down a role as a major player in Japan’s entertainment industry, but it didn’t come without a fight.

Bullets were fired into the Burning Productions office in May of 2001, in what appeared to have been part of a gang war. In 2007, police files mistakenly leaked onto a file-sharing site by a Tokyo Metropolitan Police Officer, show Burning Productions was listed as a “client company” of the Yamaguchi-gumi and Goto-gumi.

Ms. Yoshimatsu said that after researching and finding out more about the group, “I felt very uncomfortable about having been taken there. I also heard a tape recording of what sounds like Mr. Suho talking about his relations with a crime family.”

She refused to join Burning Productions or K-Dash and, according to Ms. Yoshimatsu she subsequently was harassed by the manager of a Burning Productions-related firm who interrupted a television show she was filming, sent private detectives to her house, and menacing letters to her family.

After her unprecedented press conference, public support for her was high, and even Prime Minister Shinzo Abe’s wife took her side.

Yoshimatsu sued Taniguchi for damages. He denied the allegations, countersued her for defamation, and the cases are still in the courts, but right in the middle of all the legal maneuvering, there came a surprise.

Kazuo Kasaoka, the leader of the yakuza group Matsurua-gumi (Kobe),submitted a statement to the court which details the time he spent employed by the head of Burning Production, doing his own dirty work for the firm, he says, and watching the sinister activities of others.

The Daily Beast obtained a copy of the statement and then interviewed Kasaoka to ask him why he would put his neck on the line to testify on the beauty queen’s behalf. One might speculate that Kasaoka is motivated by feelings of revenge because he feels he was ripped off by Suho in their past dealings, but he gives different reasons.

In the document, dated Nov. 13, Kasaoka begins by admitting that he is the leader of a right-wing group and the second-generation leader of the Matsura-gumi, with a criminal record.

“Based on my experience working for the CEO of Burning Productions, the harassment that Ms. Yoshimatsu has received is very similar to what I’ve seen and heard while working there,” the yakuza veteran wrote. “[For example], the threats Taniguchi [the alleged stalker] made to Yoshimatsu, ‘If you don’t work for us, we’ll make sure you can’t get a job in the entertainment industry,’ and the harassment that took place after she refused, such as stalking, the use of the media, bothering her family, applying pressure on sponsors [not to hire her]… I feel outrage that a group of so-called men would band together and bully a woman, and this is why I have come forward to make a statement.”

Kasaoka vowed that he had not received a penny for his statement on Yoshimatsu’s behalf. Kasaoka also acknowledged that organized crime had played a major role running the entertainment industry in Japan since the late ’40s and still had a strong hold on the business.

In the statement and during our interview, Kasaoka discussed working as the bodyguard for Suho, the supposed entertainment industry don, for 10 years, during which time, he claims that 1) Suho used whatever yakuza group would help him solve a problem; 2) Taniguchi (the alleged stalker) and Suho worked together often, and had no hesitation in using yakuza or right-wing groups to ruin the careers of celebrities or actors/actresses that opposed them; 3) Kasaoka helped arrange wild parties with sex and drugs for the Burning Production management and patrons.

Kasaoka says he finally parted ways with Suho in 2005 when Suho asked him to kill an actress, Miki Mizuno, who had decided to leave the talent agency. The request wouldn’t have come out of the blue. Kasaoka told The Daily Beast that he has been convicted of many crimes in his life, “including murder,” he said, “but that was when I was young and hot-headed. I don’t want to discuss the details. I wouldn’t ever do it again.” When Kasaoka refused Suho’s orders and told him to watch his words, Suho changed his wording to, “Erase her.”

According to Kasaoka, when he refused the job, Mizuno’s life was spared, but Suho declared that no television studio, television show, or production company would use her, and that no media should feature her. He continued to apply pressure for years.

Kasaoka in our interview alleged that Burning Productions and Taniguchi are still using the yakuza to apply pressure on enemies and bury scandals. If true, this would be a serious problem because since Oct. 1, 2011, pay-offs to the yakuza for services are illegal.

Neither Suho nor Taniguchi would comment on the statement or the accusations. Japanese police sources acknowledged on background that Kasaoka had indeed worked as a bodyguard for Suho and was a yakuza boss.

Taniguchi did deny harassing Ms. Yoshimatsu in previous comments to The Daily Beast and claimed that he never sent private detectives to her home but that his lawyer had done it.

Ikumi Yoshimatu’s agent, Matt Taylor, told The Daily Beast, “We can’t discuss the current state of the lawsuit. But since the Japanese courts made the mistake of allowing Taniguchi to access Ms. Yoshimatsu’s apartment in October 2014, perhaps they feel reluctant to admit they made a mistake. Courts here side with big business. That’s how it always goes. Justice and protection for women is still elusive in Japan as gender equality is lagging decades behind the rest of the industrialized world.”

Japan’s anti-stalking laws are very weak, thus giving the yakuza harassment as a powerful tool. Public support for Yoshimatsu in Japan and abroad has been strong partly because she has spoken out on the problem of stalking.

The far-right wing Kasaoka told the The Daily Beast during our interview: “I’m not fond of Yoshimatsu’s political views,” which are much more liberal than his, “and I hesitated to speak up on her behalf. Yamaguchi-gumi members told me not to discuss Burning Productions. Even the police, many of whom retire to posts with Burning, have harassed me for speaking out. But I’m an old man with a bad heart valve and I’d like to do something decent before I go. Thugs and bullies and yakuza shouldn’t run Japan’s entertainment industry. That’s why the quality is so poor. It’s time for a change. But the courts, the cops, the media—they support the status quo, whether it’s wrong or right. That’s Japan.”