A Con Artist Taught Me Everything I Know About Persuasion 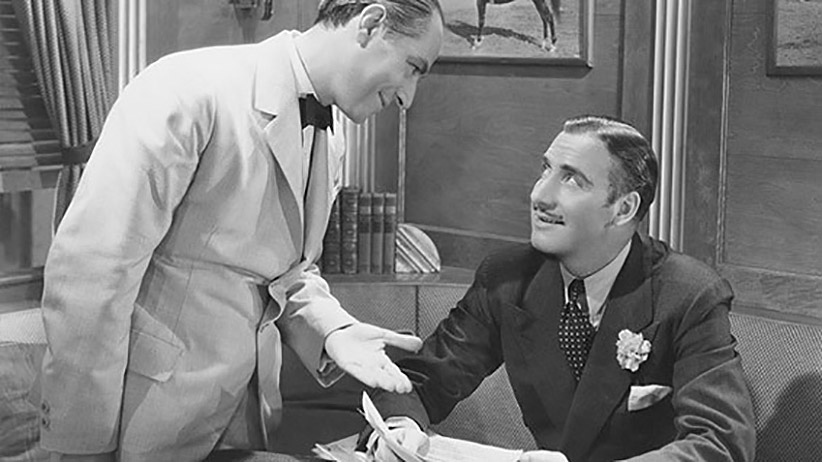 It’s a miracle that I’ve ventured into entrepreneurship. My 9-year-old self would have never seen it coming.

You have to understand, I was the kid who was never able to sell any of that “World’s Best Chocolate.” I was the only Cub Scout who didn’t get the badge for sales of the holiday popcorn tins. Rather than go door-to-door, I would just let the catalog molder in my backpack until the very last day, then I’d beg my mom to buy some crappy nougat so that I didn’t look like a huge antisocial moron.

I just didn’t know the right things to say that would make someone want to take my advice or give me their money.

I guess you could say I was not adept at communicating.

I always thought that anything remotely connected to sales was grimy subterfuge. I felt bad for what I perceived to be making people buy something they didn’t want. The problem was that I knew that “World’s Best Chocolate” definitely was not the best in the world. It probably wasn’t even the best in the house. After all, why would I want to “trick” someone into buying an inferior product?

It’s not always about what you know.

What I’ve learned since then is that most of the time people do not buy things because of what they know about a product. People buy things because of what they feel about a product or the person selling it, even if they know there are better things out there. If you can create an environment that allows another person to open up to you, you no longer have to sell them anything. Your values become their values. They feel a strange affiliation with you, almost as if they are buying from themselves. That’s an easy sell.

Fast forward 10 years later to the summer of 2009. I’m 19 and I’m sitting on the loading dock of the warehouse at the factory where I worked, brown short-shorts riding up like they were looking for daylight. It was my lunch break.

Across from me sat a gaunt, yet ruggedly distinguished older man named James*. How he was able to smoke half a pack of cigarettes on his break and still lift heavy boxes for hours afterwards will always be a mystery to me. Older guys have interesting perspectives. I liked eating lunch with James very much because he always had a story to tell. They weren’t just ordinary stories though. James had an exceptionally interesting career history.

He used to be a con artist.

How do I know this? Well, let’s just say that it’s probably better that I didn’t broadcast specifics. We are still friends. His stories, however, were the stuff of legends.

That type of stuff.

I often wondered why he would tell me his biggest secrets. I mean, of all people, why me? Why spill his own dirt to a pimple-popping box boy? What did he have to gain? Why was he even still a free man?

Well, that’s the other cool thing about older men. They love to take younger men under their proverbial wings. They love to teach lessons. I learned several from James that summer. One of them really stuck.

Although at the time I never thought it would help me in a career outside of extortion or espionage (neither of which I’ve ever tried), I’ve found myself using this skill daily in my legitimate business life and my personal interactions.

Related: The 15 Characteristics of People Who Succeed at Sales

In one of his more long-winded epic retellings, James detailed how he’d been able to talk his way into a five-star hotel penthouse suite for a week free of charge (you know, the kind with the skylight and 24/7 concierge). Mind you, he’d actually been homeless at the time. He continually emphasized the conversation structure with the manager that had allowed him to slither in past her defenses and into the penthouse.

At first, I didn’t think much of it. I thought maybe she’d just felt bad for the poor chap. Then, like a ton of bricks, it hit me.

So what was the magic formula to the five-star con?

Brace yourself. Here it comes:

A little anticlimactic? Not really. This stuff runs deep.

James told me the best way to get people to let you in is not to pry, but to retreat into observation. I was all ears.

What exactly does that mean?

Human psychology 101 confirms that we love talking about ourselves. My guess is that this tendency to jabber on is rooted partly in narcissism and partly in a genuine unawareness of our social surroundings. Sometimes we don’t even know that we are hogging the conversation.

As entrepreneurs, we can ethically take advantage of others’ penchant for self love.

Whenever James wanted to get someone to like him, he’d simply let them talk about themselves. He’d listen intently, showing deep genuine interest through his body language. He’d adopt a relaxed posture that invited comfort, not project his authority over theirs. Then, he’d ask pertinent questions at just the right time that allowed for a deepening of the one-sided conversation. Questions like:

Any question that requires the speaker to dig deeper than a “yes” or “no” response can work well here.

These types of questions are not randomly selected. They are designed to work like a katana slicing through verbal haze. Specifically, they accomplish two tasks:

First, they show the speaker that you’ve been listening to them. People love when others genuinely listen to what they have to say. Too often we just “hear” somebody, barely able to restrain our interjection, grateful when we can finally say the line we’ve been planning to blurt out. Stop that — listen and respond to what’s actually being said. Interact in real time.

Second, these type of complex questions allow the person speaking to continue creating more and more meaning, which creates an unspoken bond between you two. When someone feels like you know a little bit about them, they give a small piece of themselves to you. In communication theory, this is called levels of disclosure.

Now you have them.

In a situation that requires you to gain the acceptance and approval of others (as any business situation does), shine the spotlight on the other person and let them do the talking. The conversation will fly by quickly for that person and you might even notice them commenting on how “easy you are to talk to”.

When this happens, you know you’re in.

Once the other person knows that you genuinely care about the things that they care about, they will automatically care about you. It’s impossible not to. People form kinships with those who live near them. They form bonds with those with whom they work and go to school. But the deepest affections are formed with those whom they share the same thoughts, opinions and values. This type of emotionally-rooted relationship is the foundational crux of some of the most powerful organizations in the world, including religion.

If I’d known this back in my Cub Scout days, I would have focused much less on selling the chocolate and much more on selling myself by aligning my values with the values of other people.

As I’ve had time to reflect upon all of the things James taught me that summer, I’ve come to realize that a skill can be applied maliciously or completely benevolently. It’s the individual’s choice whether to use the skill for good or evil. That being said, go forth and conduct ethical communication that helps people and wins them you your side. When your transactions all go according to plan (insert maniacal laughter here), you can smile to yourself because you know the skill came from the most unlikely of sources.