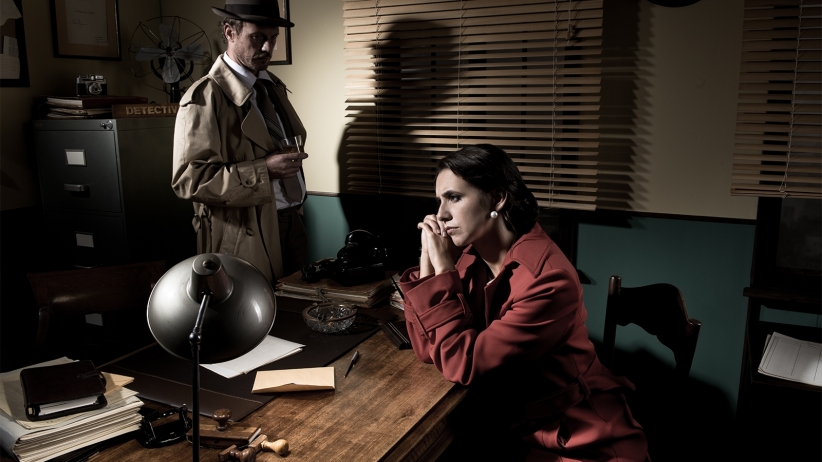 Yes — you read that right. I was a police detective for 14 years. I specialized in police interrogation. I’m sure the thousands of cops who will read this article will agree: Modern-day interrogation is remarkably similar to elite-level sales.

I didn’t realize this until 2002. I was ready to transition out of policing and excited about becoming an entrepreneur. The challenge was that I knew nothing about running a business. I went to a friend, who came from a long line of successful business owners and asked his advice. He gave me Og Mandino’s book, The Greatest Salesman In The World and the advice to read it, as it would likely answer my questions.

I devoured the book. I read the entire work within 72 hours. The reason I could not put it down is that I realized that the secrets that Mandino described as the common traits of the world’s elite salespeople were also the skills that I had perfected in interrogating the suspects of serious crimes. From that day forward, I realized that I was a great sales person. Over the next 14 years, I have practiced the skills that I learned in interview and interrogation. The skills have earned me millions of dollars in sales. I now travel the world speaking to large groups, writing books and teaching salespeople, in major corporations how to interrogate their prospects and make more money.

Here are the three most important skills that great interrogators and salespeople have mastered:

This phrase was coined by Nicholas Boothman, an international speaker and best-selling author of the book Convince Them In 90 Seconds or Less. This is the art of “acting as if.” Have you ever had a total stranger come up to you and start talking to you as if they have know you their entire life? Do you find yourself doing this with strangers yourself? This is called assuming rapport.

In my interrogation days, I was taught to walk into the interrogation room with a calm, compassionate demeanor and start talking to the suspect as if we had been friends our entire life. I carried this practice into my sales career. You could learn so much about a person by how they responded. Those who engage right into the conversation are 50 percent more likely to buy something from you. Subconsciously, they are telling you that they already like you. After all, people decide if like you within the first two seconds of meeting you. My research has shown that only about 10 percent of people use this skill properly. Ironically, 10 percent of salespeople make 90 percent of the money. Start practicing this art.

Have you ever noticed how much easier a conversation is with a new friend when you find something that you have in common? As fascinating as this might sound, I used to jump right into a full-on hunt for common ground the minute I would enter the interrogation room. I know that you may have a hard time grasping the idea that I would try to find a similar interest in a hobby or sport with a man accused of murdering another, but that is exactly what I did.

You see, people will not buy from you unless they like you and trust you. The same is true in interrogation: Suspects will not confess to you unless they like you and trust you. In sales, your hunt for common ground allows you to truly connect with your prospect. The fastest way to do this is to ask open-ended personal questions to the prospect and make sure you body language and demeanor says, “I really like you. I want to get to know you.” When the prospect (or suspect) sees that they have things in common with you, they will open up to you.

3. Focusing on the reason

When you find common ground and they open up with you, you will see it instantly. Their face will lighten up, their body language will open and they will actively engage in the conversation. In the interview days, I would ask open-ended questions to learn as much as I could about the suspect’s life. Eventually, they would reveal, in their answers, the reason that they committed their crime.

Sometimes, we would spend hours, closed up in that little room, hunting for common ground. Once we found it, we would stay there and begin to really like each other. Once “like” is established, then the perp would really start to trust me. Once I discovered a good reason, I would gently confront the suspect with a suggestive comment like, “I know why you did it. I know why you killed him.” Then I would point back to the things they had told me about them as parts of the reasons for the crime. In the vast majority of cases, it worked.

In sales, the elite pros do the same thing. In finding common ground, they are searching for the reason that the sale would enhance the prospect’s life. Once they feel they have the right reason, they will introduce it softly and gently. For example, here’s how to sell a vacation to Sally: “You know Sally, I see how much you really love your kids.  I appreciate you sharing the story. Imagine how your girls would react to you when you tell them they are going on this cruise. You just told me you need a vacation and desperately want some quality time to re-connect with your little girls.”

Over the course of 12 years, I interviewed well over 100 suspects of crimes and, in the vast majority of cases, they came clean on their crimes. Assuming rapport, finding common ground and focusing on the reason were the secrets to that success. When Mandino showed me that these same three skills would make me millions in sales, I became incredibly excited.

In Outliers, Gladwell proved that the secret to elite-level success in sport, business and life is practicing for 10,000 hours. I promise you that if you practice these three skills for 10,000 hours, you will radically increase your success in sales.