Think you know your country? Then you need to read this 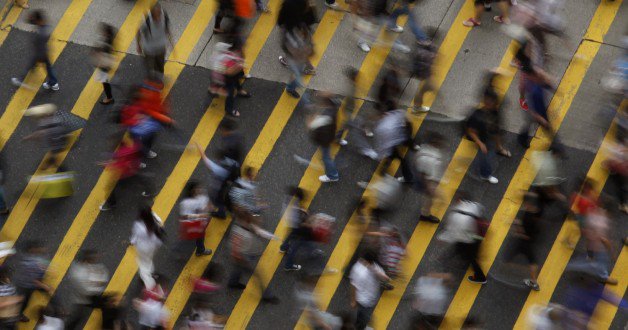 Do you know how many people are overweight or obese in your country? Or what proportion have access to the internet at home? Chances are, you’re wrong. New research by Ipsos MORI shows people around the world are generally clueless about the state of their nation.

The polling company’s latest edition of its Perils of Perception survey highlights how mistaken residents in 33 nations are about key issues, such as inequality, immigration and the gender gap.

“Across all 33 countries in the study, each population gets a lot wrong,” said Bobby Duffy, Managing Director of the Ipsos MORI Social Research Institute. “We are often most incorrect on factors that are widely discussed in the media or highlighted as challenges facing societies, such as the proportion of young adults still living at home, immigration and wealth inequality.”

On the question of obesity levels, the chart below shows the guesses of respondents in various countries, and compares them with the true figures.

Which are the most and least accurate nations?

When it comes to identifying facts about our country and fellow countrymen, it seems some nations fare worse than others. Mexico and India are the most inaccurate in their perceptions of the issues in the survey, while South Korea is the most accurate, followed by Ireland.

There are some regional patterns identified in the survey: Latin American countries tend to be more inaccurate, for example, and Europeans and Americans more accurate – but this hides individual differences, and is not the whole story, according to Ipsos MORI.

Across most of the countries surveyed, people think that 23% of the population are immigrants, when the actual figure is fewer than one in 10. The biggest over-estimations tend to be in countries with very low levels of immigration, such as Argentina, Brazil, South Africa, India, Mexico and Peru, all of which overstate the proportion of immigrants by more than 20 percentage points – but Canada and the United States, two countries with higher levels of immigration, are also among the most inaccurate.

Nearly everyone thinks their population is much older than it actually is. The average guess is 50 years old, when it is actually 37. Most inaccurate were Brazil, Turkey, Hungary and India, all of whom thought the average age was 20 years older than it really is.

Why do we get so many facts wrong?

The researchers explain that there are multiple reasons for the errors – from difficulties with simple maths and proportions, to media coverage of issues and our mental shortcuts or biases.

“We know from previous studies that this is partly because we over-estimate what we worry about – as well as worrying about the issues we think are widespread,” Duffy said. “But we do also underestimate some key challenges, such as obesity. In many countries, we’re maybe not as worried as we should be, given the extent to which our populations are overweight.”