This technology is 100 times faster than Wi-Fi

By No Name Contributor November 28, 2015 Technology & Telecommunication One Comment
2 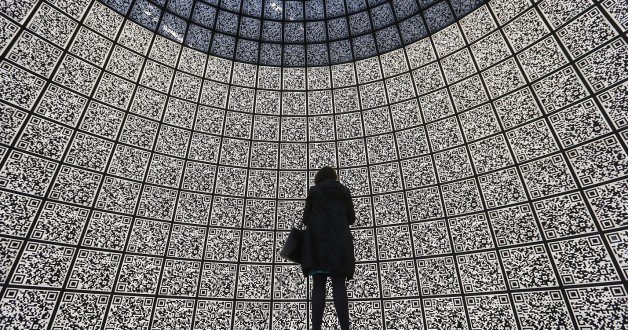 A new technology, known as Li-Fi, could one day offer internet speeds one hundred times faster than the Wi-Fi we use today. Scientists have achieved speeds in the lab of up to 224 GB per second. That’s the equivalent of downloading 18 movies in the blink of an eye. Li-Fi, or light fidelity, is now moving to trials in the real world, with office tests in Tallin, Estonia achieving speeds of 1 GB per second, 100 times the speed of traditional Wi-Fi.

The limits of Wi-Fi

For those who remember 56k modems, Wi-Fi feels like a rapid and liberating way to access the internet. Continuing to use Wi-Fi as a means to transmit data, however, has a number of challenges. As Harald Haas explains in the video below, the world’s ever-growing desire for more data at faster rates is pushing Wi-Fi’s capacity to its limits. Wi-Fi is achieved by transmitting data through radio waves, but can only transfer so much at a time. By 2019, it is estimated that the world will be exchanging roughly 35 quintillion bytes of information each month. Because radio frequencies are already in use and heavily regulated, that data is going to struggle to find a spot in line. Wi-Fi is simply running out of space.

Capacity is only part of the problem. Wi-Fi is not a terribly efficient solution. The base stations responsible for transmitting radio waves only function at about 5% efficiency, most of the energy being used to cool the stations. For those transmitting sensitive data, security is also a problem, as radio waves travel through solid objects such as walls and doors.

A move towards the light

Like radio waves, visible light is part of the electromagnetic spectrum. The difference is that viable light has a spectrum 10,000 times larger than radio waves. This means Li-Fi has the potential for enormous capacity. Instead of transmitting information via one data stream, visible light would make it possible to transmit the same information using thousands of data streams simultaneously.

Li-Fi works by flashing LED lights on and off at incredibly fast speeds, sending data to a reciever in binary code. It’s essentially an ultra-fast version of turning your flashlight on and off to create morse code. The flashes occour so fast that they are not seen by the naked eye. As Haas explains: “All we need to do is fit a small microchip to every potential illumination device and this would then combine two basic functionalities: illumination and wireless data transmission.” In other words, the infrastructure is already there. We can use the LED bulbs we already have, with some tweaking.

The end of Wi-Fi?

Li-Fi probably won’t bring about the end of Wi-Fi. At least not for the foreseeable future. Though faster, visible light does not penetrate solid objects like radio waves do. If you were to leave the room you are using Li-Fi in, you would sever your connection. For those in need of strong security and data protection, this can certainly be seen as an advantage. For more practical purposes, however, a hybrid of Li-Fi and Wi-Fi is more likely.