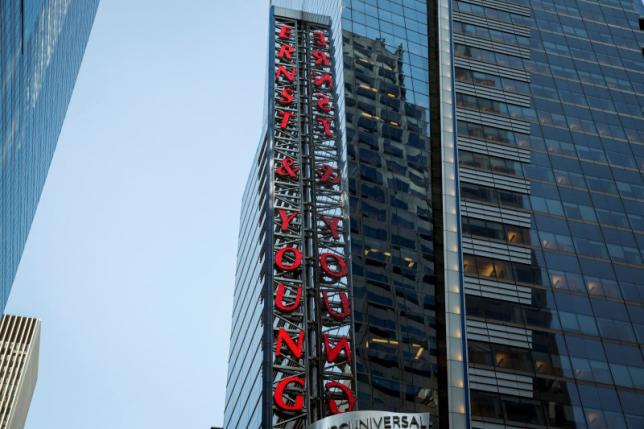 Ernst & Young LLP was found liable on Friday by a Washington state jury for the losses of an investment firm from the collapse in 2008 of fraudster Bernard Madoff’s multibillion dollar Ponzi scheme.

A jury in Seattle sided with FutureSelect Portfolio Management Inc in finding the auditing firm was negligent in its work for funds that funneled money to Madoff.

The jury found damages of $20.3 million and found Ernst & Young liable for half of that, Thomas said. Prejudgment interest could bring FutureSelect’s award to $25 million, he said.

“This jury found that Ernst & Young’s job was to try to find this fraud,” Thomas said in an interview. “They were the gatekeeper and didn’t do their job.”

The trial was the first in which an auditor had been held liable for its role auditing one of Madoff’s so-called feeder funds.

Madoff, 77, is serving a 150-year prison term after pleading guilty in 2009 to running a scheme that cost investors an estimated $17 billion or more in principal.

Ernst & Young spokeswoman Amy Well said in a statement that the jury rejected the “vast majority” of FutureSelect’s claims. The investment firm had been seeking $112 million.

But she said the firm continues to believe it was not responsible for any of these investors losses, and noted it was among many other auditors of funds that used Madoff as their investment advisor.

“While we regret the investors’ losses, no audit of a Madoff-advised fund could have detected this Ponzi scheme,” she said. “We are reviewing filing an appeal.”

The lawsuit also named Tremont and an affiliate of OppenheimerFunds Inc, which bought Tremont in 2001. Both settled confidentially.

The case is FutureSelect Portfolio Management Inc. v. Ernst & Young, Superior Court of the State of Washington for King County, No. 10-2-30732-0.