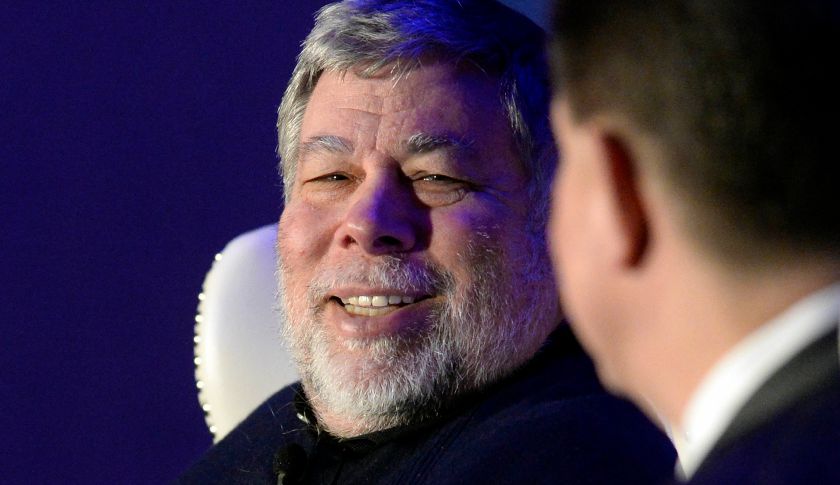 Apple co-founder Steve Wozniak gave a lukewarm endorsement to the latest gadget from the company he helped create: the Apple Watch.

On days he forgets to wear his Apple Watch, he said he sometimes fails to realize it. That’s not a good sign, he argued.

But Wozniak insisted that the Apple Watch, introduced in April, is improving. He didn’t exactly say how, but presumably it is because of more and better apps for the device.

“Now it’s coming back to ‘better than break even,’” Wozniak said about the watch’s value compared to its price, which starts at $349.

Speaking at a conference on Friday hosted by enterprise software firm New Relic NEWR -0.41% , Wozniak admitted that he’s not a big fan of smartwatches and that he was initially skeptical about Apple AAPL 1.56% entering the market. He said that “they didn’t work for me” and they just act as middlemen between him and his phone.

Wozniak is known for helping jump-start the personal computing era as the partner of fellow Apple co-founder Steve Jobs. Although it’s been decades since Wozniak has been directly involved with Apple, he still has plenty of thoughts about its current products.

About the iPad, Wozniak said he’s still “more of a laptop-based guy” and that he prefers the larger iPad model to the smaller iPad Mini. But in general, he said he prefers the flexibility of laptops, contradicting Apple CEO Tim Cook’s recent comments about PC’s no longer being as popular as they once were.

The “tablet has been limited for me,” Wozniak said.

Of course, Wozniak acknowledged that he may be in the minority about personal computers, and Apple’s decision to concentrate on tablets may be better financially for Apple than focusing on PCs.

“It could be the right direction even if I’m the one who gets hurt,” he said.

Wozniak also explained that Steve Jobs’ influence on Apple’s corporate decisions continues to live on as exemplified by the continued closed nature of Apple products. Unlike some competitors, they generally lack interoperability with other company’s products.

Unlike Jobs and his eye-opening experience with the psychedelic drug L.S.D., Wozniak claimed to have never used an illicit substance in his life. However, he has a bad hip and, for the first time, is thinking about using medical marijuana.

Wozniak considers it hypocritical that alcohol is legal while marijuana is not.

“Look at all the traffic accidents,” said Wozniak referring to car wrecks caused by drunk drivers. He then cracked wise on marijuana’s reputation for causing hazy thinking and said, “The pot smoker stops at the green light” — to chuckles from the audience of coders.